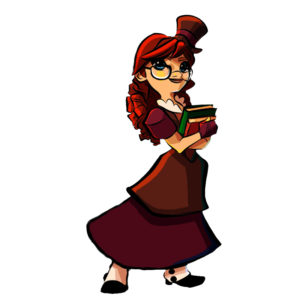 Born in Wellington, New Zealand, Philippa has always had her head in a book. At the age of thirteen she began writing fantasy stories for herself.

She first earned a Bachelor of Arts in English Literature and Political Science and then a Bachelor of Applied Science in Library and Information Science. So soon enough she found herself working in the magical world of libraries where she stayed for over a decade.

In 2006 she became New Zealand’s first podcast novelist, with her first podcast of a full novel, Weaver’s Web. Her podcasts have won a Parsec Award and a Sir Julius Vogel award.

Philippa is the author of the Books of the Order series, and the Shifted World series. With Tee Morris she is the co-author of the Ministry of Peculiar Occurrences series, and Social Media for Writers.

When not writing or podcasting, Philippa loves reading, gardening, and whenever possible traveling. With her husband, Tee and her daughter, she is looked after by a mighty clowder of three cats. Find her online at pjballantine.com 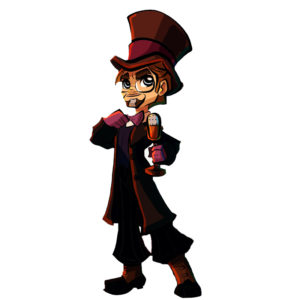 Tee Morris began his writing career with his 2002 historical epic fantasy, MOREVI The Chronicles of Rafe & Askana. In 2005 Tee took MOREVI into the then-unknown podosphere, making his novel the first book podcast in its entirety. That experience led to the founding of Podiobooks.com and collaborating with Evo Terra and Chuck Tomasi on Podcasting for Dummies and its follow-up, Expert Podcasting Practices for Dummies. He won acclaim and accolades for his cross-genre fantasy-detective Billibub Baddings Mysteries, the podcast of The Case of the Singing Sword winning him the 2008 Parsec Award for Best Audio Drama.

In 2011, Tee returned to fiction with the Ministry of Peculiar Occurrences series, penned with his wife, Pip Ballantine. In 2016, Tee & Pip released the first book in a new spin-off series, The Curse of the Silver Pharaoh.

And somewhere in the middle of all that, Tee and Pip released with Writer’s Digest the go-to, how-to book, Social Media for Writers. In 2017, he reunited with Chuck Tomasi for the third edition of Podcasting for Dummies. Tee also hosts Happy Hour from the Tower, a podcast about the video game, Destiny.

Find him online at teemorris.com