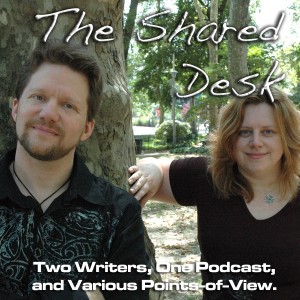 This episode Pip and Tee talk about their experience so far with running a Kickstarter Campaign to fund the fifth Ministry Book, The Ghost Rebellion.

03:42 Talking about Kickstarter at nearly two weeks in.

TOTALLY EDITING THAT OUT….no she’s not…

So Tee is responsible for the lack of editing. Slacker.