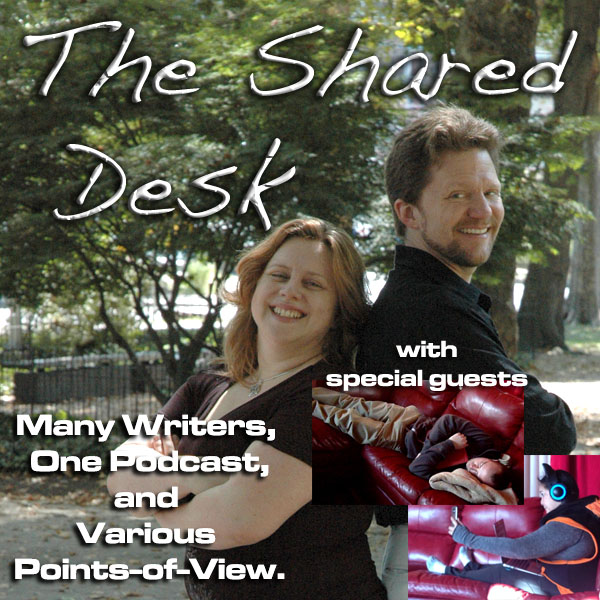 This Shared Desk is a look into the past where authors look to the future. If you didn’t follow any of us online during the week of the Smoky Writers’ Retreat, then all this will be new to you! It’s the night before we set off for the mountains of Tennessee, and after a terrible day-that-stretched-into-the-night at the Day Job, Tee downs a bottle of high test beer and leads the podcast. It’s an episode of goal setting and profanity dropping. Hang on to something….